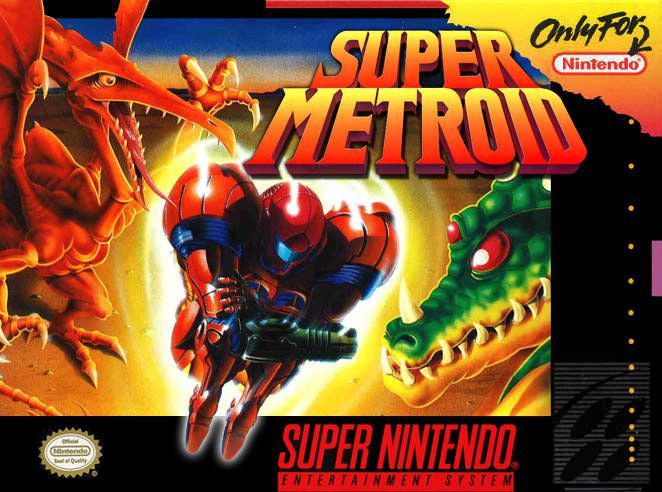 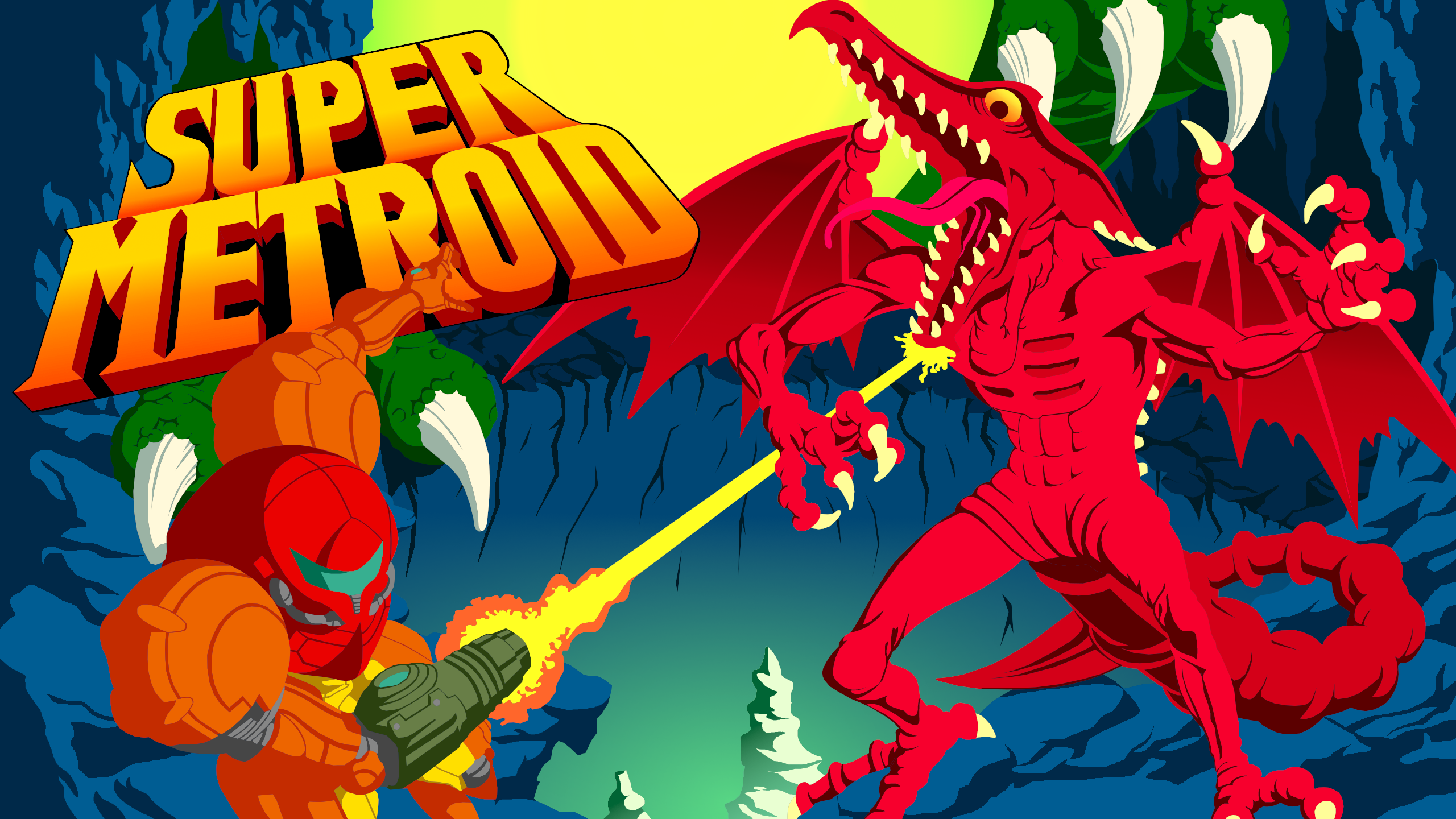 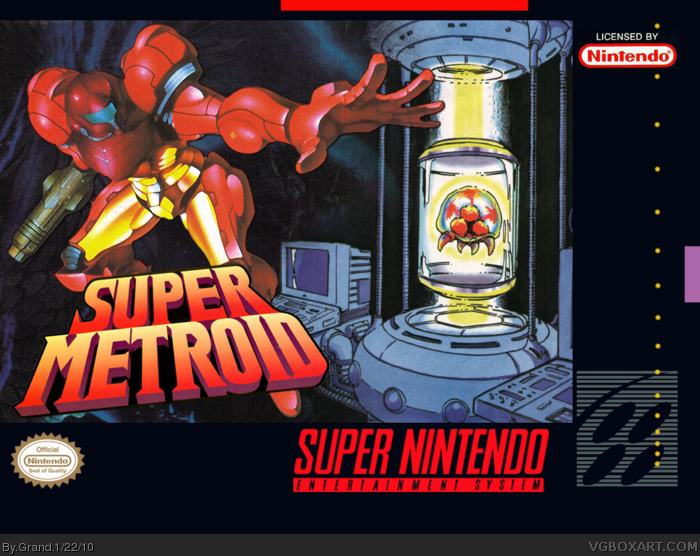 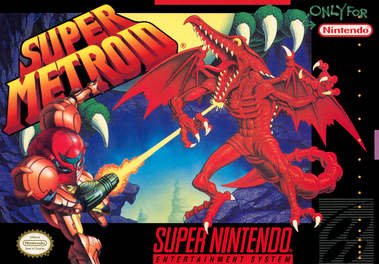 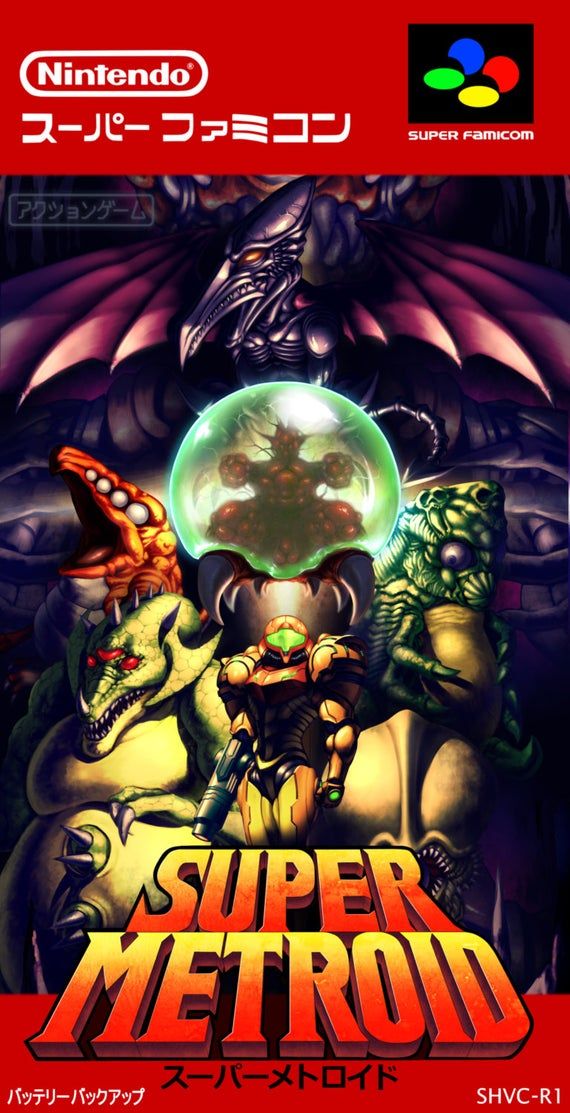 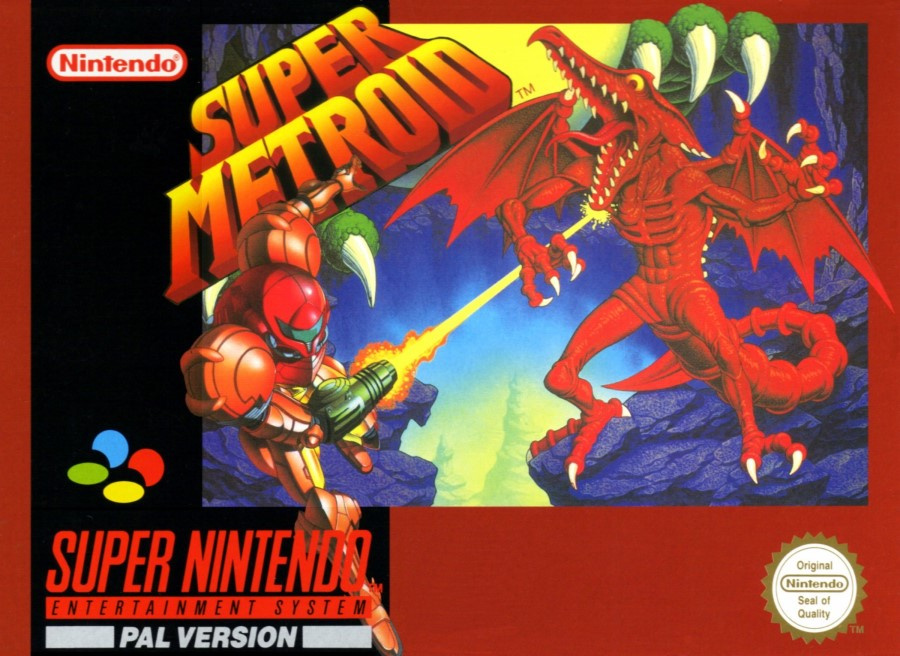 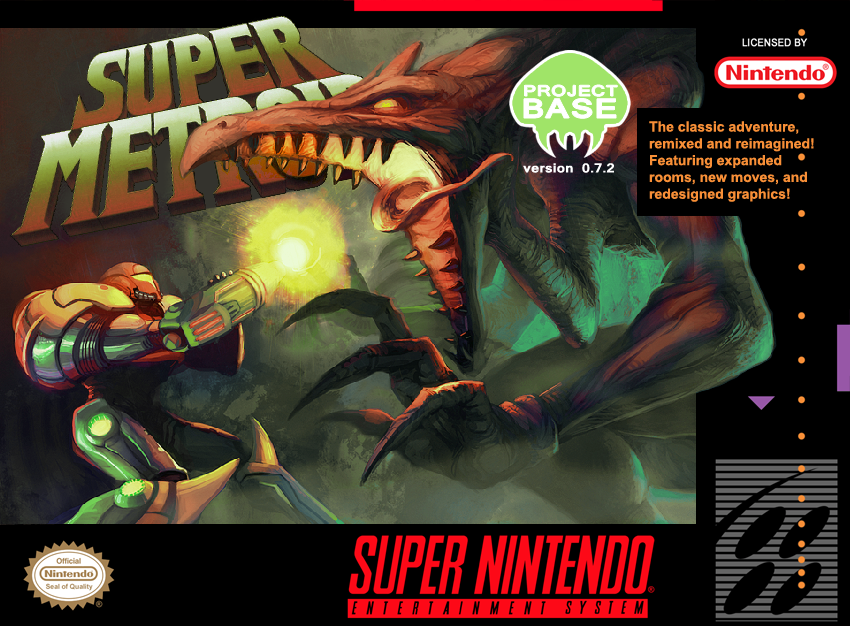 A comparison highlighting the differences between the USA and Japan releases of Super Metroid. The system the game is played on has a different name depending on the country. Japan's system is called the Super Famicom while it is named the Super Nintendo (SNES) everywhere else. The notable difference is the orientation of the box art.